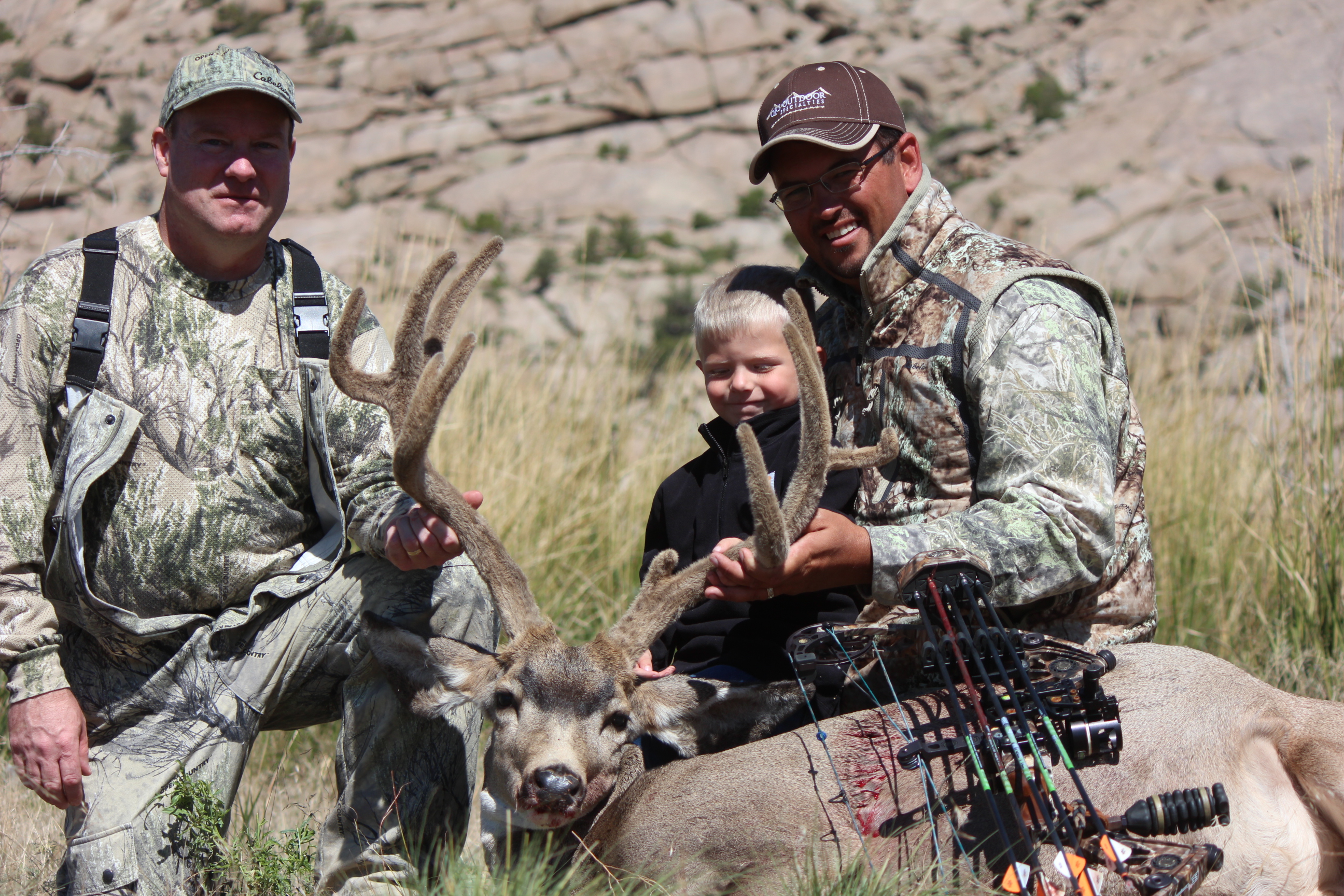 HOW ONE MAN’S DREAM PROVIDES ADVENTURES FOR MANY. Like many, dreams and aspirations of one day being able to hunt for a living plagued the everyday thought of Owner Quentin Smith. Growing up in Texas and Colorado and hunting with his family and close friends a true love for the outdoors was established and found him out in the woods every chance he had watching and learning about wildlife behaviors. Throughout high school his passion for the outdoors continued to grow along with his love for working with people and soon found himself dreaming up ways of creating opportunities for people such as himself to enjoy the outdoors as much as he did.

Quentin’s love and passion for agriculture was as strong as his love for the outdoors, and his involvement with FFA and his college career allowed him to learn and see the opportunities that both industries could provide. He graduated from Oklahoma Panhandle State University in 2001 with a bachelors in Agriculture Business and two minors in Agronomy and Animals Science. But it wasn’t until the fall of 2002 while attending the International Sportsman’s Expo in Denver that he seen where a real opportunity existed. It was apparent at this point there was a need to create some kind of hunt for Colorado hunters to continue their hunting experiences outside of the Colorado Big Game Season. Leasing ground in Eastern Colorado and creating opportunities for people to come out east and hunt a variety of game from hogs, to rams, yaks and buffalo, Quentin created what he called little Texas right in the back pockets of all the hunters. He sold 4 hunts his first year and thought that maybe he had made the wrong decision. However after just marketing at one show, QRS Outdoor Specialties booked 250 hunts for the following year and until 2008 provided more then 250 hunters a year from all around the chance to hunt a variety of species right at their back doors.

While QRS was growing strong, Quentin’s real love in the hunting industry was in big game. Quentin partnered with a well known outfitter in Eastern Colorado guiding big game hunts during the fall for antelope deer and elk and in 2004, took the leap of faith and purchased a portion of that business from the outfitter known today as the Rocky Mountain Ranch.

From 2004 to 2008 QRS Outdoor’s continued to run hunts in the fall for big game and hunts in the winter and spring for hogs, rams and buffalo. That was until approached about buying out the largest Eastern Colorado Outfitter known and creating a partnership with Atkinson Expeditions. Quentin then became the general manager of a new start up company between QRS and Atkinson called Outdoor Expeditions and closed the doors on the hog, ram, and buffalo hunts to turn his focus solely on big game.

In 2009, While QRS and Atkinson Expeditions remained separate entities, OE gained strength in Eastern Colorado’s trophy Mule deer, Whitetail, and antelope by adding an additional trophy ranch in Central Wyoming owned by QRS Outdoors original landowner. The partnership would continue throughout the course of the year and in 2010 QRS Outdoors took over the Wyoming Operation 100%.

Today QRS Outdoor Specialties leases 17,000 private land acres in Northern Colorado and 220,000 acres in Central Wyoming providing Western Big Game Adventures for more then 160 hunts a year. With Hunting opportunities in Colorado to hunt , elk, mule deer, whitetail, Shiras moose and Black Bear along with Wyoming Trophy Elk, Muledeer, Whitetail, and antelope QRS is sure to provide its clientele with the highest quality big game adventure the Western United States has to offer!

QRS Outdoor Specialties is family owned and Operated by Quentin Smith, his Wife Trina and 4 kids, Tannen, Tatumn, Trae and Teagan. They currently live in Meeker Colorado where his wife is the FFA and Vocational Agriculture Instructor at Meeker High School. They have added to the QRS team some of the finest hunting professionals in the industry and strive to provide that friendly, family oriented environment where you can come in as a client and leave as a friend! 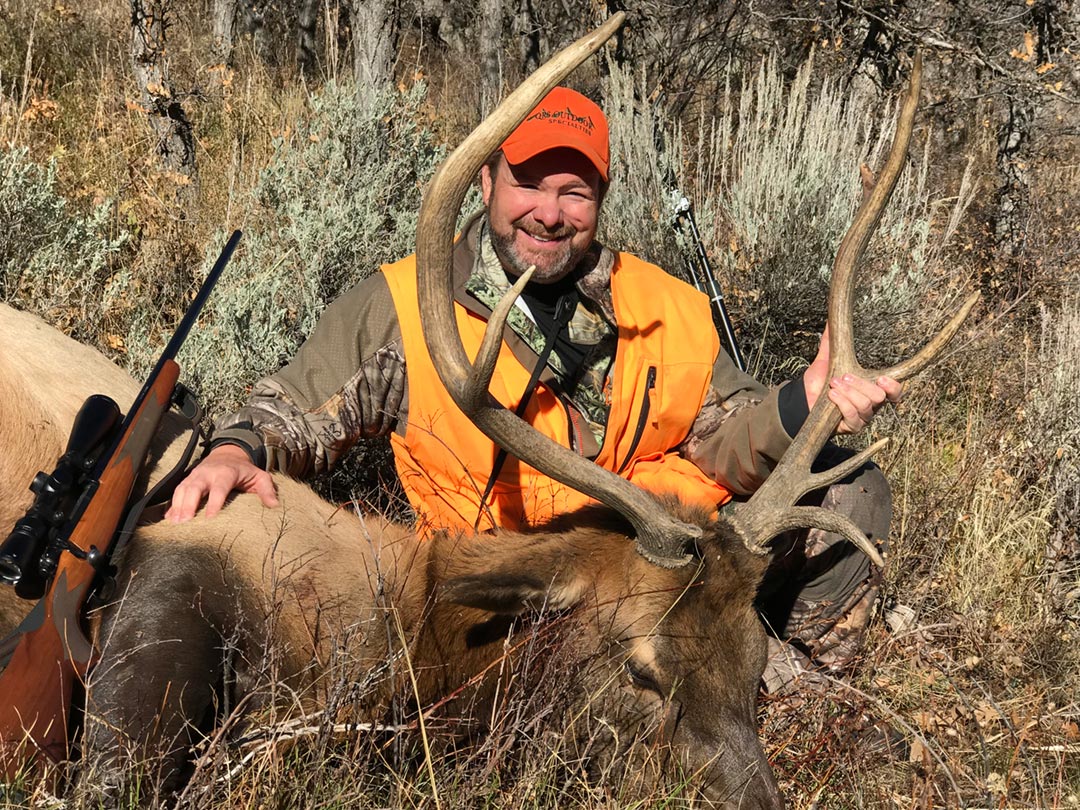 I have hunted several times at the Colorado and Wyoming ranches. I experienced beautiful wilderness and 100% success. In addition, the people, accommodations and meals were second to none. – Skip Lee